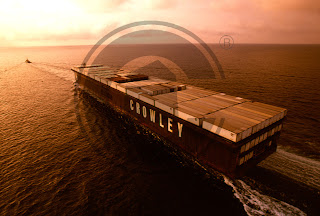 Civil antitrust lawsuits have been filed in US Distict Federal Court in San Juan.
The lawsuits filed by La Esperanza Bus Lines and Rona Distribtors
Alleging “Price Fixing” and “Collusion” in violation of Antitrust Laws.
Crowley ,Horizon Lines, Trailerbridge and Sea Star are all apparently the targets of an FBI/Justice Department probe into Price fixing amongst Puerto Rican shipping lines.
This Used Tire exporter has a twenty year relation with Crowley.
My calls to Crowley and my contacts their have gone unanswered.
I have asked our attorneys to seek whatever remedy we are entitled to ,as it appears we are victims of PRICE FIXING in what was already a close knit tightly held cirle of shippers whose actions are long overdue for a federal investigation.
The charges and surcharges normally in the shipping business are ridiculous only car dealers and cellular telephone companies have as many phony charges on an invoice.
In this tough economy the last thing any business needs is their own suppliers /shippers working against them and being GREEDY and doing STUPID Allegedely Illegal things.

The following was released by the World Shipping Council on May 2, 2008.

Shipping lines worldwide are struggling as crude oil prices topped an unprecedented US$119 per barrel this week, in turn pushing marine bunker fuel prices up past $552 per ton � a $26 per ton increase since the end of March alone. Bunker

Fuel costs represent as much as 50-60% of total ship

operating costs, depending on the type of ship and service.

Ocean carriers are required to recover these costs to maintain levels of service, meaning the price of shipping goods will continue to face upward pressures.

To illustrate the effect of the rising fuel costs, consider the following example of a large modern container vessel used in the Trans-Pacific trade with an actual, maximum container capacity of 7,750 TEUs (twenty foot equivalents) or 3,875 FEUs (forty foot equivalents).[This size vessel is used only as an example. Fuel efficiency varies by vessel size and other factors] With the cost of bunker fuel at $552 per ton, with fuel consumption at 217 tons per day, and a 14 day voyage, a single round trip voyage for this one vessel would produce a fuel bill of $3,353,952. This number could be greater for a number of reasons, such as if the voyage were more than 14 days, or if the vessel were smaller and less fuel efficient per container, or if schedule delays required the vessel to speed up to stay on schedule.

Recovery of fuel cost from cargo customers is a challenge when one considers that vessel capacity utilization is not 100%, that trades are not evenly balanced (e.g., U.S. Trans-Pacific exports may utilize only half of a vessel�s capacity), that different trades and commodities can handle different levels of rates, and that fuel prices continue to rise. If a cargo shipper pays less than its share of the fuel cost, it can only mean that other shippers must pay more, and/or the carrier fails to recover its operating cost, which is not a sustainable business scenario.

Fuel cost recovery cannot be done on a per-vessel/per-sailing basis. A carrier has strings of vessels operating in scheduled service and must recover its

The annual fuel cost for the services is tens of billions of dollars and continues to rise substantially.

How carriers seek to obtain recovery of these rapidly rising fuel costs in the current market is a matter for commercial negotiations, but the significance and the magnitude and the consequences of the challenge continue to grow.

Operational Changes
Carriers have been responding to the high cost of fuel by utilizing a range of operational adjustments. Beginning in early 2007, most container lines began restructuring their operations to address fuel price trends. They have:

� slowed sailing speeds to conserve fuel where possible within schedule

Considering that these steps have generally already been taken by shipping lines, there are limited additional operational measures that vessels can take to further reduce fuel consumption.

Environmental initiatives to address vessel air emissions will add to these growing costs. The World Shipping Council has fully supported the efforts of the U.S. and other governments to establish new environmental standards for vessel air emissions, and supports the new standards that the International Maritime Organization has recently agreed to for new engine standards and new fuel standards. However, the cost of low sulfur fuels to be used in Emission Control Areas will be roughly double the cost of bunker fuel, thus creating even more upward operating cost pressures going forward.

While the liner shipping industry fully understand its responsibility to implement and adhere to these new environmental standards, it is essential that the environmental community and regulators also understand that fuel prices are already causing ships to minimize fuel consumption and minimize emissions. Ships cannot afford to waste fuel and do not emit more CO2 than is necessary for the conduct of commerce. Further taxes or charges on fuel consumption will not cause fewer green house gas emissions; it would only raise costs, and further add to inflation.

Every sector of the economy is being affected by rising fuel costs.

The transportation industry is being particularly hard hit.

While ocean carriers may provide the most fuel efficient form of transportation, they face an unavoidable imperative of recovering these rising costs if current service levels are to be maintained.

BIG TIRE MAKERS PLAY DIRTY GOODYEAR ALLEGEDELY SELLING TIRES TO IRAN
THE BIG TIRE MAKERS ARE ONCE AGAIN AT IT READ BELOW SMEARING THE USED TIRE INDUSTRY ALL THE WHILE USING USED TIRES AND OUR SUPPLY CHAIN TO MAKE RETREADS WHICH NEED A USED TIRE IN ORDER TO BE MANUFACTURED….ANYWAY CNBC REPORTED GOODYEAR ALLEGEDLY STILL DOING BUSINESS THRU SOME BACKDOOR WITH IRAN NOW THAT THEY WERE CONVICTED OF VIOLATING THE FOREIGN CORRUPT PARACTICES ACT BEFORE FOR SELLING TO IRAQ PRE FALL OF SADDAM WHEN IT WAS PROHIBITED WHY WOULD THEY BE STUPID ENOUGH TO DO IT AGAIN BECAUSE YOU CANNOT SPELL GREED WITHOUT GOODYEAR.YOU GREEDY ANTI AMERICAN TERROR SUPPORTING REGIME BASTARDS!!!!!!!!!!!!!!!!!!

DANGEROUS CHINESE TIRESDangerous Chinese TiresOnce again we Americans are faced with a recall of Dangerous Chinese products.This time tires…..Hangzhou Zhongce Rubber Co in Hangzhou,China.Apparently will not stand by its American Distributorand is leaving Foriegn Tire sales of Union Nj to fend forthemselves…American Consumers and Importers alike take notice!~!!this chinese so called factory is abondoning its American distributorm and not making good on its defective products..Melamine poisoning ,bad petfoods,toys Tires we are their biggest customer if they do not make good a defective tire where do they make good claims for defective merchandise…Caveat Emptor BUYER BEWARE>>>>>>>>>>>>>>This Chinese tire factory should make good all defective tires to its distributor so the distributor can make good to his clients and consumers..Where is the outrage an American company is left holding the bag ..and American consumers are at risk!~maybe Quality Used tires made in USA are safer???????????Compass,Telluride,westlake and YKS Brands….Checksizes LT 235-75-16,225-75-16,235-85-16,245-75-16,265-75-16,3110.50-15lt DOT numbers and letters beginning dot 7d and end in 02,03,04,or05 FTSLetters also

DANGEROUS CHINESE TIRES
Dangerous Chinese TiresOnce again we Americans are faced with a recall of Dangerous Chinese products.This time tires…..Hangzhou Zhongce Rubber Co in Hangzhou,China.Apparently will not stand by its American Distributorand is leaving Foriegn Tire sales of Union Nj to fend forthemselves…American Consumers and Importers alike take notice!~!!this chinese so called factory is abondoning its American distributorm and not making good on its defective products..Melamine poisoning ,bad petfoods,toys Tires we are teir biggest customer if they do not make good a defective tire where do they make good claims for defective merchandise…Caveat Emptor BUYER BEWARE>>>>>>>>>>>>>>This Chinese tire factory should make good all defective tires to its distributor so the distributor can make good to his clients and consumers..Where is the outrage an American company is left holding the bag ..and American consumers are at risk!~maybe Quality Used tires made in USA are safer???????????
Compass,Telluride,westlake and YKS Brands….Checksizes LT 235-75-16,225-75-16,235-85-16,245-75-16,265-75-16,3110.50-15lt DOT numbers and letters beginning dot 7d and end in 02,03,04,or05 FTSLetters also

Dear Editor,
This tire dealer wants to thanks you and Jeff Kip and Kathy McCarron for great in depth coverage about the internet,how it works why it works and is usefulness in obtaining customers and maintaining them.
The emphasis about a WEB Presence can not be understated.
We at Used Tires Inc.were fortunate enough to buy the Generic Key Words that pertain to our particular segment of the tire industry we operate www.usedtires.com
and www.usedtire.com and www.usedtrucktire.com amongst other geneic URL’s we own and then thru Domain fOWARDING POINT TO OUR OPERATIONAL DOMAINS.
Tire Dealers need to understand how people search the internet and how they wind up at your site.
The importance of links…. KEYWORDS and “Search EngineOptimization” and “Search Engine Marketing” and why and how people get driven to or click on your website from the landing page on the search engine they used.
Direct Navigation which means the user bypasses a search engine and types the name of whatever thing they are searching for Directly into the Browser acoount for 10-20 percent of all searches giving domain owners with generic terms(usually the dotcom version) an extra advantage and usually a piece of intellectual property worth tens of thousands,hundreds of thousands if not more. In our indusry the following are the 15 most searched words or phrases Singular and plural version.according to overture.com
1-tire
2-discounttire
3-canadiantire
4-wheelsandtire
5 -tirerack
6-tiredealer
7- goodyeatire
8-trucktire
9- coopertire
10-usedtire
11-motorcycletire
12-michelintire
13-cartire
14-bigotire
15-atvtire

I hope in the future you will continue possibly with a series of articles bringing all tires dealers into the internet age and helping all of us maximize the net for our business’s.Possibly covering the importance of Unique vistors and Page Views,AS WELL AS FROM WHAT AREA THE SURFERS IP IS FOR IDENTIFYING GEOGRAPHICALLY WHO IS VISITING….AND HOW TO CONVERT THESE METRICS INTO SALES!!!
As well as how pay per click advertising (SEARCH ENGINE MARKETING) such as Google Adsense has turned ordinary website owners such as www.usedtire.com and www.usedtires.com
into an advertising billboard on the net……..Generating $$ revenue for us in addition to our tire sales…
Tirebusiness itself in additon to selling its print and direct online ads is also an Google adense publisher serving up tire related ads that match you sites content……
Howard Levy, President Used Tires Inc.