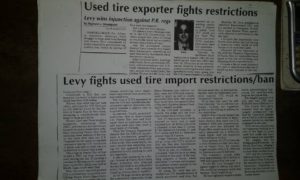 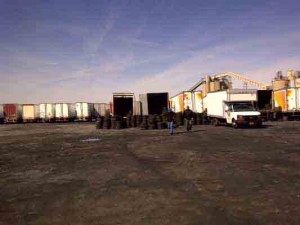 USEDTIRES.COM LOVES OUR FEDERAL JUDGE JUAN PEREZ GIMENEZ- Twenty years of a Permanent Injunction protecting used tire dealers Constitutional Rights to sell used tires.The ” Dormant Commerce Clause ” guarantees interstate commerce unfettered from unconstitutional state enacted laws.In 1996 The Commonwealth of Puerto Rico enacted law 171.Which was invented by New tire makers and “lobbied”local Legislators to eliminate the sale of used tires in Puerto Rico.This created a David v Goliath situation except our opponent became Puerto Rico not the new tires makers who had the Legislators propose and enact law 171 . Fortunately the system can work. There can be a remedy for the little guy if you perservere.The Constitutional question of interfering with interstate commerce even under the guise of protecting landfill space as laudable as it may be ,can not do so only by putting the burden on out of state sellers based on origin.Used tires coming from the US or elsewhere into Puerto Rico are protected by the US Constitution.