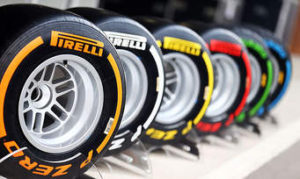 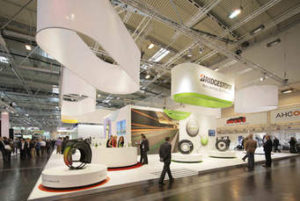 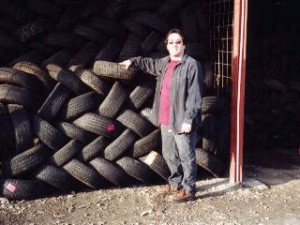 USED TIRE NEWS-Derfield Beach Fl-This week in Essen Germany the worlds largest gathering of used tire dealers took place.Used Tire sellers and buyers from over 43 Countries took part in the Reifen Messe.Tire Industry giants and startups meet every other year for one of the largest Tire Industry Conventions in the world.
GEBRAUCHTREIFEN- ANKAUF UND VERKAUF-ALTREIFEN ENTSORGUNG

THE WORLD’S LEADING FAIR OF THE TIRE INDUSTRY

Things are running very smoothly at REIFEN, the world’s leading trade fair: Till May 27, 675 exhibitors from 43 countries will be showcasing their innovations for the sector at Messe Essen. The trade fair company has also hit a new personal best with regard to exhibitor numbers, which are at their highest in the history of REIFEN. Another record has been set by the event organisers in terms of the exhibition surface area: for the first time, REIFEN will be occupying just over 60,000 square metres. The proportion of international exhibitors has also remained high at over 70 per cent.
The REIFEN is the world’s undisputed leading fair of the tire industry and has been a meeting place for the industry’s decision-makers since 1960. In cooperation with the automechanika, it unlocks new markets and sales potential. REIFEN is both a showcase for innovations and source for new ideas.
REIFEN AT YOUTUBE
Youtube
< IMPRESSIONS REIFEN 2016 >